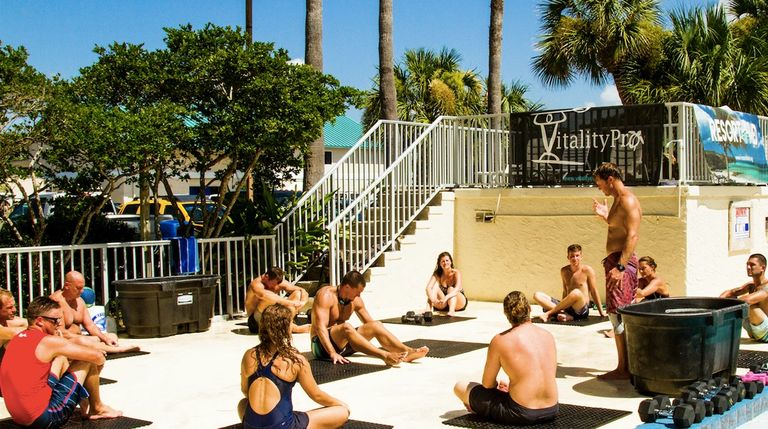 "As the session progressed, it became obvious to me that I was in the presence of a guy who is about to shake things up in the world of health and fitness. His tactics will not only optimize the performance of college teams, but also enhance the quality of life..."

Overtraining and under-recovery are two of the leading causes of athletic injuries and plateaued performance in many elite athletes. Therefore, our mantra is “More is not necessarily better-Better is better”. This means that sometimes more weights, more repetitions , and more nutrition are of value while other times less training done with specifically engineered training and recovery modalities creates better results.  Scientifically developed  modalities specifically tailored to specific tasks/demands of a sport, team position or individual's bio-profile yields greater results and less injuries.  Our value is creating new training for athletes, trainers and strength coaches and helping them synchronize this innovation into their existing programs. It’s amazing how one or two new pieces of training along with synchronization can elevate an individual or organization to championship level.

Additionally, VitalityPro hosts a limited number of public and private camps. These camps allow us to finesse “integration logistics” of new modalities prior to their release. The camps also act as a “catalyst” and “positive change event” for participants to recreate their health and performance. These camps utilize a scientifically sequenced combination of land and aquatic training and recovery modalities. Participants always have a lot of fun.

It all started with a promise...

It was September of 2009 and my wife and I were taking our newborn son to meet his “uncle” Jason. I remember it well. Jason and I were rocking in the rocking chairs on his front porch. He had completed seven years of battling and beating brain cancer. Jason’s battle with cancer had been a beautiful balance of both courageous fight and graceful acceptance. Now, again, the cancer had come back and was mounting a terrible assault. Jason, who had never previously asked me to make a promise, now asked me to promise him one thing. He stopped rocking his chair and looked me straight in the eyes. He asked me to continue the research that we had begun to aid in his battle. Furthermore, he asked me to use such research along with his story to construct an integrative and functional approach to health and wellness. He was serious, so after quick contemplation, I promised. I didn’t know it then, but that would be the last time I would see Jason.

In the summer of 2002, Jason and his beautiful wife moved into town and purchased their new home across the street from ours. Jason had just graduated from law school and was starting his first job as an attorney with a local law firm. We were all about the same age and at the same point in life. Just one year earlier, my wife and I had purchased our first home as I began practicing medicine. With similar interest and hobbies, we naturally became instant best friends. A former college athlete, Jason enjoyed a vigorous, athletic lifestyle. One day, Jason passed out during an intense exercise routine. He and his wife made a trip to a local doctor’s office that would change their lives forever. The routine MRI was anything but routine. Jason was diagnosed with brain cancer and had only months to live. While traditional medical communities delivered the best of modern medicine, his loving wife recruited close family and friends to research for more. This group reviewed publications and research data from traditional and alternative sources covering topics of nutrition, fasting, exercise physiology, thermal therapy, recovery and much more.Jason changed his lifestyle in accordance to many of these findings and lived not just the six months he was initially given, but over seven years. During this time, Jason was a loving husband, fathered two children, savored great relationships with friends and practiced law. Equally important, through his example Jason taught everyone around him the beauty of life and the importance of love. Jason fulfilled his purpose.